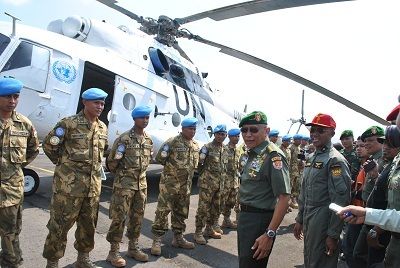 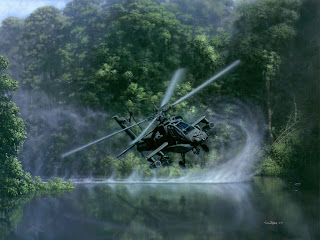 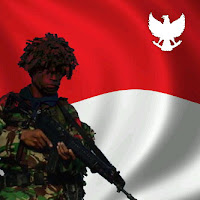 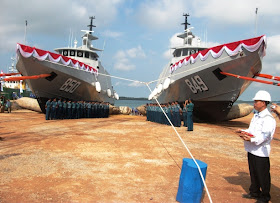 Although military platforms continue to dominate the global helicopter market, this dominance is expected to reduce as platforms become more capable and ministries of defence look for commonality with existing fleets to save on maintenance costs and improve platform availability. Financial uncertainty and reduced defence spending is encouraging end-users to re-manufacture and upgrade existing platforms, rather than acquire new helicopters. This trend will be particularly evident across Europe and North America, traditionally the largest helicopter markets but according to a new report issued by the National Intelligence Council (NIC), by 2030 Asia’s spending power will outstrip that of the US and Europe combined.

New platforms procurement programmes will be driven primarily by the demand for multi-capable helicopters, with reduced logistic footprints and more sustainable designs. The need for utility helicopters will intensify, as these platforms become increasingly versatile. Despite ongoing fleet renewals, however, limited defence budgets will have a profound impact on the helicopter market across all end-user segments.

Original equipment manufacturers (OEMs) are having to focus on developing new platforms with cutting-edge improvements that support greater efficiency, but at lower life-cycle costs and Asia Pacific military aviation is seeing the effect of these developments.

At what at first sight might be at odds at these requirements is the fact that the most numerous combat transport helicopter in the region is the ubiquitous Mil Mi-8/17 Hip, with almost a thousand in operation in more than a dozen countries.

With the latest variant, the rugged Mi-17V-5 powered by two powerful TV3-117VM turboshaft engines, it is able to carry 36 fully armed troops or up to 4,000 kg (8.800 lb) of cargo including military vehicles loaded via its rear ramp. The Mi-17V-5 has an extremely good hot and high performance and the type continues to attract new customers.

The country with the largest Hip fleet is China with the PLA Air Force (PLAAF) operating more than 300 in various roles, and has recently ordered 50 more. The accredited production of the Mi-17 began in China in May 2008 by Mil Moscow Helicopter Plant JSC and Sichuan Lantian Helicopter Company, Sichuan when a total of 20 helicopters were built using the Russian Ulan-Ude supplied kits in 2008.

The second largest operator is India with the Air force, which has taken delivery of 130 Mi-8s, 93 Mi-17, and 50 Mi-17-IVs. India also ordered 80 Mi-17-V5 helicopters in December 2008 as part of a $1.34bn contract, and an additional 59 Mi-17s in August 2010. Deliveries to the Indian Air Force along with spare parts and associated equipments began in 2011 and are expected to be complete by 2014. The first batch of helicopters entered service with the IAF in February 2012 and the type has recently been deployed in support of the Indian Army and Police in their operations against Naxal guerillas in the ‘Red Corridor’ along the borders of Nepal and China.

Other recent contract for the Hip include ten Mi-17Shs for the Malaysian Air Force, 12 for the Pakistan Army in addition to four donated by the US government to assist its anti-terrorist operations in June 2009. The Royal Thai Army announced a contract to buy six Mi-17s in October 2008 while the Indonesian Army have ordered six Mi-17-V5s to supplement the 12 already delivered. In July 2012, Sri Lanka placed an order with Rosoboronexport for 14 Mi-171 helicopters and others have been acquired by Bangladesh and Myanmar.

The US gave four Mi-17 helicopters to Pakistan to assist its anti-terrorism activity in June 2009. In December 2005, the Czech Army received 16 Mi-17SH helicopters as part of a debt settlement with Russia. These helicopters have been donated to the Army of Afghanistan. The first three were handed over in December 2007. The US Department of Defense (DoD) delivered the first four of 21 Mi-17s to the Afghan National Army Air Corps (ANAAC) in September 2009, later adding a further 12 Mi-17-V5 helicopters were delivered to the ANAAC by December 2010. In July 2012, The US Army placed a $171.4m contract with Rosoboronexport to supply 10 more Mil Mi-17V-5 helicopters for the AAF, although the US Congress is attempting to block this latest contract due to souring relations with Russia over its stance on Syria.

The second most popular theatre lift helicopter with Asia Pacific countries is the Sikorsky Black Hawk variants with more than 300 in the region’s inventories. Capable of carrying up to 14 fully armed troops, 1,200 kg (2,640 lb) internal cargo or a 3,600 kg (8,000 lb underslung load), the S-70A-9 Black Hawk serves with Australian Army, the S-70C with China’s PLA, the Kawasaki-built UH-60JA with the Japanese Ground Self-Defence Force (JGSDF), and the UH-60P with the South Korean Army.

Taiwan and Thailand have ordered 60 and four UH-60M Black Hawks respectively and 12 S-70is are being delivered to the Brunei Air Force with Sikorsky confident that there are more orders in the pipeline.

In the heavy lift category, the Boeing CH-47 Chinook, now in its 50th year of production, is the clear winner in the region. Whether carrying up to 55 fully armed troops or a 12,500 kg (28,000 lb) underslung load, the Chinook has proved to be the workhorse of choice for ISAF in Afghanistan with more than 250 in service with Asia Pacific armed forces. These include the Australian Air Force, which is replacing its CH-47D fleet with seven CH-47Fs, the GSDF with more than 60 Kawasaki-built CH-47Js, the Singapore Air Force and Taiwan Army with CH-47SDs, the South Korean Army with 16 CH-47Ds and six MH-47Es and the Royal Thai Army with a fleet of six CH-47Ds.

It has been announced that Indian Air Force officials have begun negotiations for the $1 billion purchase of 15 Boeing CH-47F Chinook heavy-lift helicopters. Boeing’s twin-rotor Chinook was chosen recently as the preferred bidder over Russia-based Mil Moscow Helicopter Plant’s Mi-26 marking a shift for India away from its traditional supplier, Russia.

The IAF has operated a fleet of ten Mi-26 heavy lifters since the 1980s but latest variant of the type, which is capable of carrying up to 80 fully armed troops or carrying a 20,000 kg (44,000 lb) payload, only small number have been acquired in the region, including two each by the armies of Cambodia and North Korea, and four by China’s PLAAF.

The troops and Equipment transport remains the primary role of these helicopters, in response to increased versatility, secondary roles are being adopted which include, Combat Search and Rescue (CSAR), special forces support and reconnaissance. All of these roles have been taken on, in one form or the other, by the iconic military utility helicopter, the Huey. More than 500 Huey variants, ranging from the Bell UH-1B to the 412, carry up to 12 fully armed troops or 2.500 kg (5,500 lb) payload, are operated in the Asia Pacific region. These include the JGSDF Fuji-built UH-1J and the Indonesian Army’s Nurtanio-Bell NB412 while South Korea, Taiwan and Thailand operate large fleets of ageing UH-1Ds which require replacing. The South Korean Army has selected the Korea Aerospace Industries Ltd (KAI) Surion as a Huey replacement and in March 2012 Kawasaki Heavy Industries, Ltd. announced that it had received an order for a new multipurpose helicopter from the Japan Ministry of Defense (MOD), the UH-X, to replace the Huey.

However, the Huey and its intended replacements, which include the PZL-Swidnik W-3 Sokol and AgustaWestland AW149, are in the light to medium-class of combat transport helicopters. Further up the scale are two new types currently entering service in the region, the Eurocopter EC 172 and NH90 TTH. Building on a solid foothold attained by its AS 332/532 Super Puma, over 80 of which are operated by Pakistan and Singapore, each with more than 30 in service, with others operated by Bangladesh, Indonesia and South Korea, Eurocopter is beginning to make headway with its EC 225/725 medium multipurpose helicopters.

Building on the successful operations by French Air Force EC 725 Caracals in Afghanistan primarily fulfilling the CSAR role, but also undertaking troop transport and reconnaissance missions. Capable of carrying 28 fully armed troops or a 7,500 kg (10,475 lb) underslung load, the EC 725 is equipped with a FLIR turret, air-to-air refueling probe, and has been evaluated in the fire-fighting role.

The first EC 725 helicopter for the Royal Malaysian Air Force were formally handed over in November 2012 and the second unit scheduled for delivery three months ahead of schedule. Malaysia is to receive a total of 12 EC725s through 2014, creating a highly capable fleet of rotorcraft for CSAR and combat transport missions to replace its long-serving Sikorsky S-61A-4 Nuris.

In supporting the deliveries of Malaysia’s EC725s Eurocopter Malaysia subsidiary will double its capabilities by moving from its main facility in Subang to a new, expanded site within the Malaysian International Aerospace Center in early 2013. Additionally, Eurocopter is including the integration of the country’s industry into its global supply chain, the creation of joint ventures with local companies to establish an in-country maintenance, repair and overhaul (MRO) facility, as well as the development of a regional full-flight simulation center. The full-flight simulation centre will be used for training Royal Malaysian Air Force crews and made available for other military operators of the medium-lift EC725/EC225 helicopter family in the Asia Pacific region.

Eurocopter is also part of the NATO Helicopter Industries (NHI) consortium that produces the NH90 multipurpose helicopter entering the market with its Tactical Transport Helicopter (TTH) variant. Plagued by a protracted development and production delays, the NH90 did not make its operational debut until the end of 2012 when five Italian Army Aviation TTHs were deployed to Herat in Afghanistan. Four German NH90s, two of which equipped with Forward Air Medical Evacuation kits, while the other two will carry out the escort role for CASEVAC missions, will follow them in early 2013.

With a capacity of carrying 20 fully armed troops or the carriage of a 4,000 kg (8.820 lb) underslung load, the powerful fly-by-wire NH90 has been a slow burner in the Asia Pacific market, racking up only two contracts to date, one from the Australian Army Aviation Corps for 40 MRH-90 helicopters, and the other from the Royal New Zealand Air Force for eight NH90 TTHs to replace its UH-1H fleet.

In the long term Sikorsky is confident that its heavyweight CH-53K Future Stallion, being developed for the US Marine Corps, will attract customers looking to replace the CH-47, such as Japan and Singapore, while the US Army’s Joint Multi-Role (JMR) sector of its Future Vertical Lift Medium (FVL-M) programme aimed at developing next generation replacements for the UH-60 Black Hawk and CH-47 Chinook, will be watched with interest. 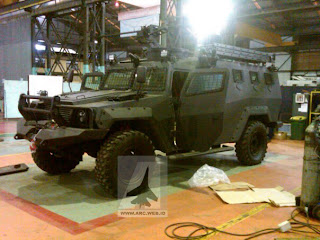 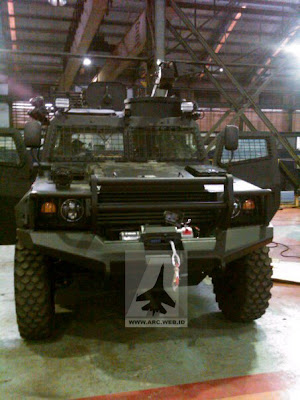 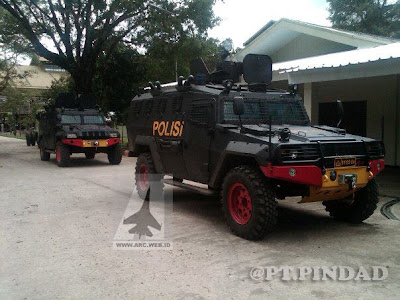 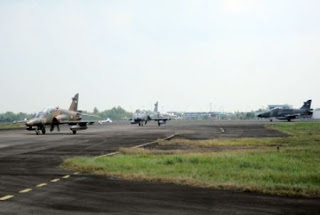